We now support instant deposits through PayID and POLi payments!

How Do You Make Money If You Charge No Fees?

We make money on the spread.

This makes it easier for you to know exactly what price you get.

How Can You Have Such Good Prices?

We only support Bitcoin. Not 100's of other 'scamcoins'.

This greatly reduces our costs and allows us to operate with a small team.

The Safest Exchange In Australia

We have been operating since 2014. When you use other fly-by-night exchanges you take a risk.

We do not support 100s of 'scamcoins' and have a very small team. Complexity is the enemy of security. Most hacks occur through insiders.

We encourage our users to move their Bitcoin out of our service after purchase. This is best practice. Many services do not follow this. Keeping your Bitcoins on any exchange is a risk (despite what they say).

Unlike our competitors, we rarely require photo ID or selfies from our customers. This means you are at less of a risk of ID theft.

How To Buy Bitcoin

Deposit money from your Australian Bank Account. You can deposit via POLi or PayID 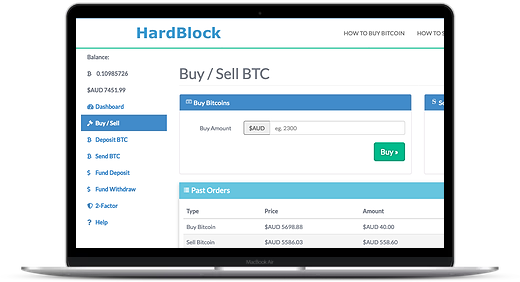 Sell up to $20 000 worth of Bitcoin per day immediately after verifying.

Dollar withdrawals processed once per day and sent via OSKO. So you get your money in your bank account faster.

With us you receive more Dollars for your Bitcoin.

Bitcoin is a digital currency. It is the first and most famous application on the Bitcoin network.

Its disruptive nature and innovation potential is why many people compare Bitcoin network to the internet in the early nineties, and the currency to one of the earliest applications of the internet, email.